Finite and Infinite Games as a Metaphor for ATI 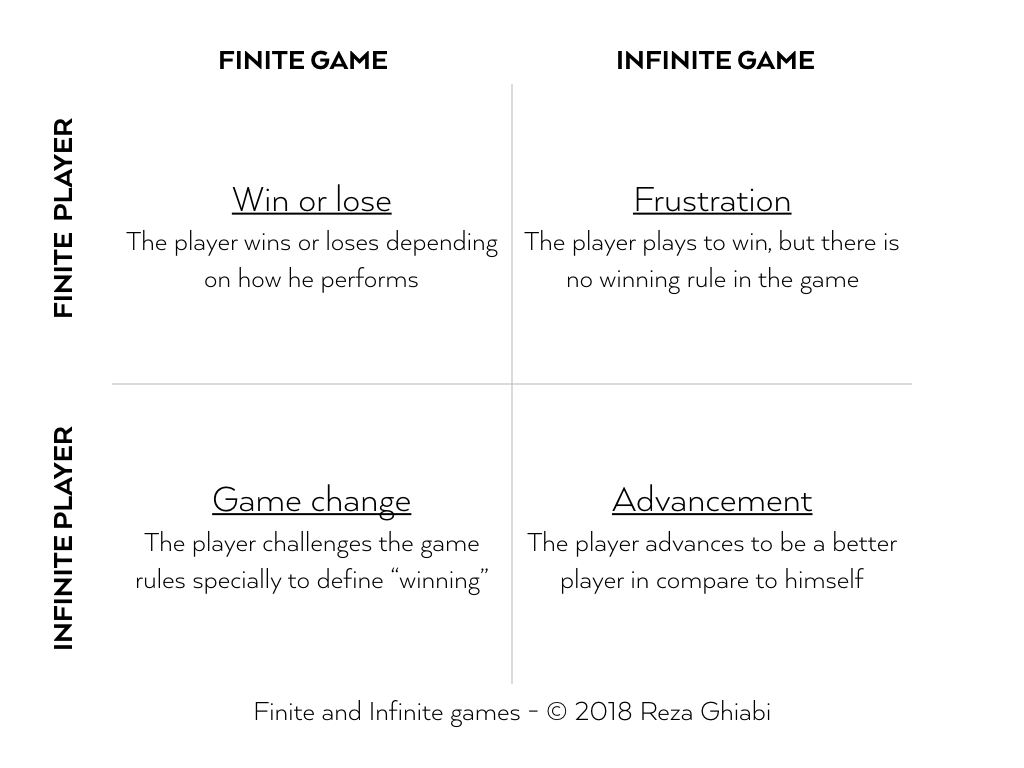 (For more from Reza Ghiabi, "The  Opportunity Maker," see here)

I recently had lunch with John Hagel, Co-Chairman of Deloitte's Center for the Edge, a leading corporate futurism research organization.  Hagel and his team are responsible for understanding global change with an eye towards new business opportunities around the world.  Hagel himself is a fascinating thinker with an extraordinary range of interests, as befits a professional corporate futurist.

One of Hagel's interest is in the future of education.  In the corporate context, to quote Peter High at Forbes, Hagel believes that,

"leaders need to ignite "the passion of the explorer" in order to keep the best people stimulated to generate innovative ideas."

Given this perspective on the future of work, it is not a surprise that Hagel is a fan of James P. Carse's book, Finite and Infinite Games, which opens,

This summary by John Halstead goes on to explain:

I first learned of Carse's work from Hagel, who agrees that the distinction is a powerful metaphor for different kinds of learning.

With respect to education, most standard curricula are finite games:  There is a specific lesson with a specific goal and specific metrics of success.  For instance, when students prepare to pass an Algebra test, or a history exam, or whatever they are playing a finite game.  How did I do?  What score did I get?  School is structured so completely as a series of finite games that many people have come to regard these finite games as "learning" itself.

But the future of work will require, "the passion of an explorer."  That kind of motivation and activity can only be cultivated by those experienced in playing infinite games.  For instance, in our Socratic dialogues we are exploring ideas for their own sake.  What are the boundaries of truth?  Goodness?  Beauty?  Quality?Writing is very much an infinite game - the ways in which language can be used to express thoughts, feelings, and narratives are without bound.  When students work on their passion projects they are working on things they love for their own sake.  What are the ultimate boundaries of software design?  Painting?  Entrepreneurship?  Sometimes Life Design consists of finite games such as, "How do I prepare a budget."  Sometimes Life Design consists of infinite games such as, "When am I experiencing a state of flow?"

While skills such as high level reading, writing, speaking, listening, and mathematics skills will always be valuable, in the future the ability to engage in infinite games at work in which one has the passion of an explorer will become increasingly valuable.  Robots excel at finite games.  Proficiency in playing at infinite games is the frontier of human capital development for the future.