Staff in St. Louis says students are equally responsible for growth and success of school 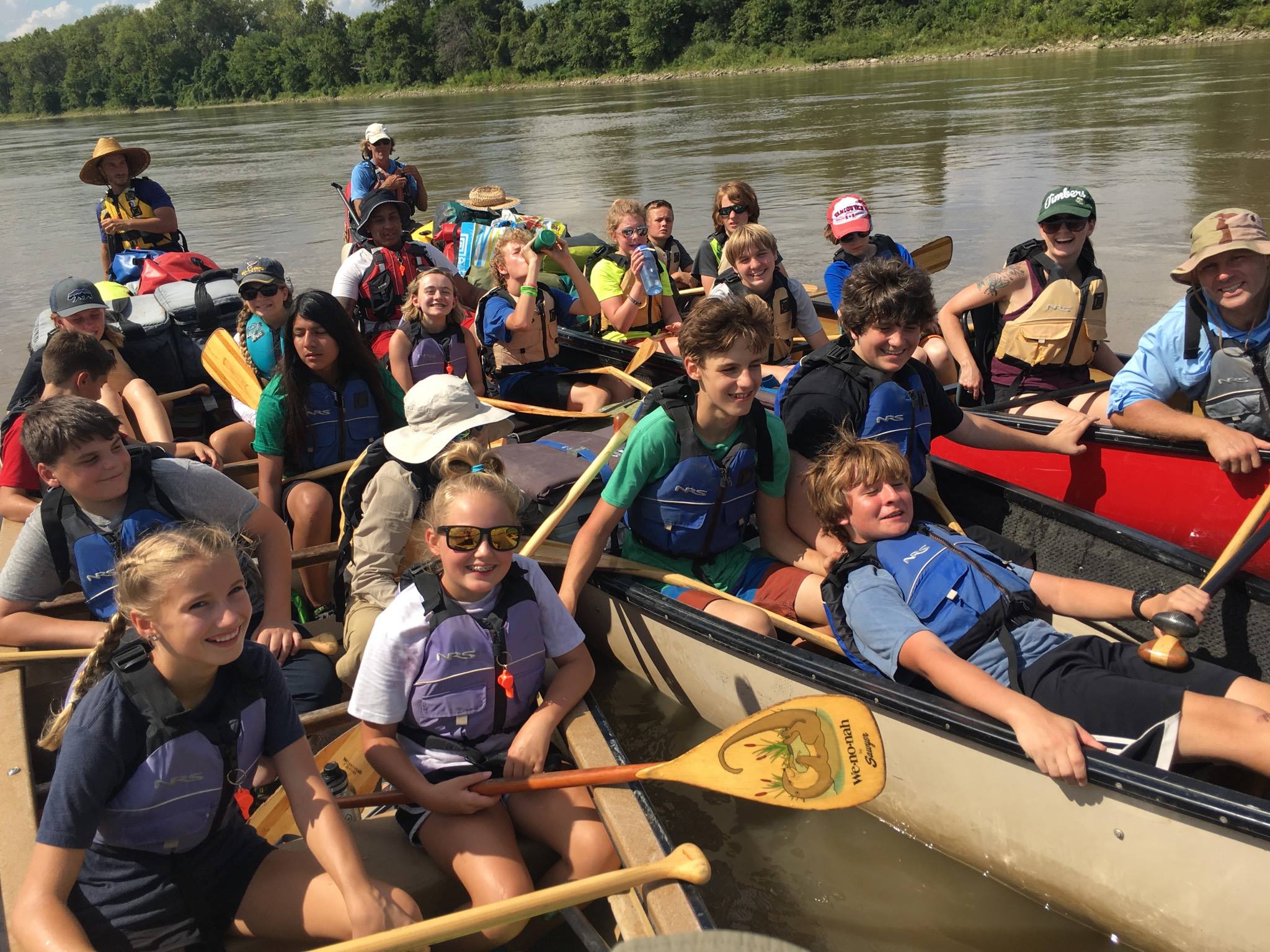 Upon entering The Academy of Thought and Industry in St. Louis, Mo., it might be the student who greets you first.

It also might be the student who’s cleaning the kitchen, implementing a new program in the maker’s space, taking phone calls, or fixing a broken light.

There’s teachers there, too, of course, but this is a school rising because of the mighty strength, courage, and voice of a tight-knit student body.

ATI St. Louis isn’t completely new to the community. It used to be MAP St. Louis until it was acquired by our growing ATI network. Today, nearly 30 students who began with MAP are together still, settling in with staff both familiar and new, and a closeness among one another that has this middle school and high school stronger and more resilient than ever.

“Our school is completely student-driven,” says Melissa Urspruch, the director of middle school programming at ATI. Although Melissa is new to ATI like everyone else, she is one of the founding members of MAP and has been working with the school and students for nearly five years now. “We like to say Yes to our students as part of our culture. There is a lot of trust, respect, and responsibility here, and all of that is natural.”

Melissa says that the students, who range in grades from 7 to 11 this year, help to build the school’s program along with the staff, even sitting in on hiring of new employees.

“The students really are the developers of our program,” Melissa says. “We model it, but then they do it. It feels really similar to what Maria Montessori did. She observed and met the needs of the child, but then she observed again to see if their needs were being met, and I think that’s how we’re growing here in St. Louis — constantly getting input from the students.” 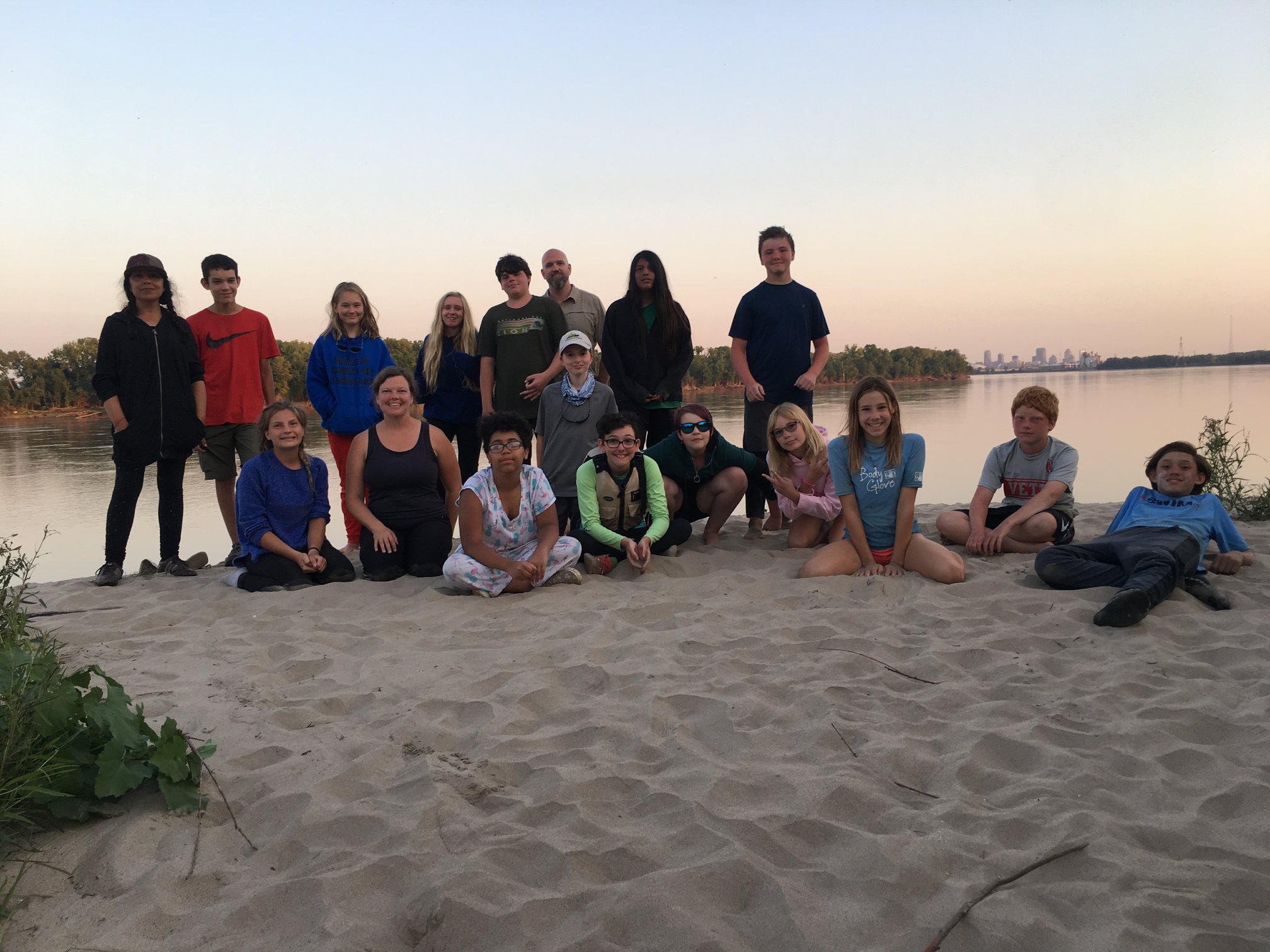 An Undeniable Bond Among Students

ATI St. Louis is the only Montessori middle school and high school in the St. Louis area that is also an International Baccalaureate candidate school. This certification appealed strongly to their Head of School, Jennifer Fu, who received her AMI certification in adolescent studies as well as her IB training for chemistry and physics while teaching at a Montessori high school in Ohio.

“I fell in love with the philosophy of Montessori,” says Jen, who also teaches high school math at ATI. “This idea of being in partnership with my students really resonated with me. I never felt comfortable dictating to people what to do — it’s not how I see any effective relationship being formed — so working with students in a way that was tailored to each individual was really meaningful to me.”

All students at ATI participate in coaching sessions with a guide, which means they get one-on-one mentorship throughout their school year that touches on both personal and professional growth. Jen says although she’s familiar with this sort of advisory relationship, she’s delighted to see how well the program resonates with the students.

“There is a level of vulnerability between the students and the staff that you don’t normally see, but that kind of comfort and trust leads to really authentic sharing of where students are in their lives,” she says. “These students embrace all of it. They are so compassionate with each other, so patient with each other, and enthusiastic for one another.”

Melissa agrees that the students are really close, and it’s a kind of bond that isn’t instigated or forced upon by the teachers. Instead, it’s nurtured by the students themselves.

“Some of the teachers were out on a meeting once last year,” Melissa says as she begins to give a visual to the student connection. “When we came back at one o’clock, we were expecting to begin our ‘read aloud,’ which we usually do every day with the students to transition out of lunch and into the afternoon. But when we got back, it was completely silent, and the students had all the couches pushed together like a boat. They were all lying together and reading together. One by one, they would pass around a book and listen as each person read.

“It was the most beautiful thing,” she continues. “No one told them to do it. They just really love spending time together. It has nothing to do with their personalities — they are a really diverse group of individuals — but they respect one another, and it’s really familial.”

‘Spokespeople of our Organization’

Jen and Melissa say they can especially feel the bond on school outings, like camping, kayaking, or to museums in Chicago. These are also trips the students plan themselves.

“One of our students, Cecelia, took over planning of a trip we took to Shaw Nature Reserve, and that was during her eighth grade year,” Melissa says. “She planned all the food, the lodging, and the transportation. I remember when we arrived, we were greeted by the education coordinator, and she came up to me and said, ‘Oh, hi, Cecelia, welcome,’ and I said, ‘I’m not Cecelia! She’s right here, the student next to me!’ ”

They also advocate for their school. When MAP got a grant for a technology-based maker’s space, students not only participated in the application process, they participated in the training and went along to both receive the award and present on their progress the following year.

“Our students are the spokespeople of our organization,” Melissa says. “People love to talk to them! They’ve been with us all along and have helped us to build this community the whole way through.”

The students also recently participated in a two-day training in Chicago to collaborate with  FUSE, a STEM desktop tool that will soon be implemented into ATI. During the training, the administrators kept referencing the teachers until a student spoke up with a quick lesson on Montessori. “I just needed to set them straight on why we are here,” she boasted. After that, the students were given full set-up instructions and completely took charge of the training.

“Our students are very capable, and it’s because we expect a lot of them,” Melissa says. “We give them a lot of responsibility, but we have the mindset that, in six years, that student will be an adult. So we’re looking at what skillsets they will need to be a citizen in their community and achieve their goals. Up until that point, we see them embracing all of the opportunities they have to get there.”

As both the students and the staff begin a new school year, it’s the tight-knit bond they hope will resonate with new families.

“I have never experienced this level of cohesion,” Jen says. “We are all so committed to what we do. We’re very passionate about it, and this is very meaningful work. From the students to the teachers, we all just truly enjoy being around each other, and we value each other’s contribution.”

Learn more about ATI St. Louis on their website.