Is the "Teenager" a Natural Phenomenon?

"The Rise and Fall of the American Teen," a history of adolescence in America by Thomas Hine. 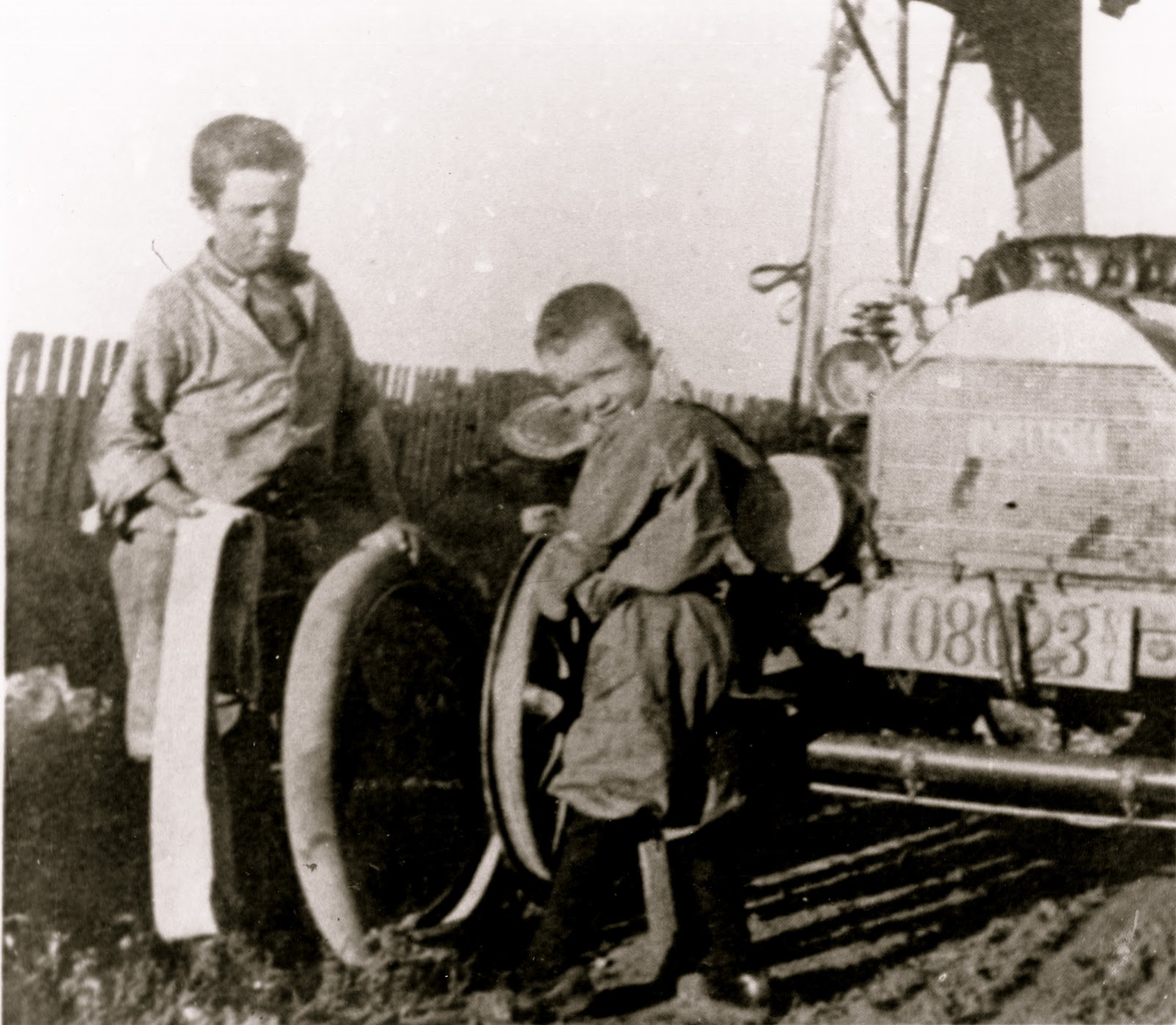 Bud and Temple Abernathy, ages 10 and 6, fixing a tire on their 1910 cross country road trip.  Their dad, Jack Abernathy, had begun work as a cowboy on 500 mile cattle drives at age 11 and had great confidence in the ability of young people.

Most people alive in the U.S. today think of "teenagers" as a particular stage of life sharing a common pop culture, some kind of high school experience, and a certain amount of rebellion and attitude towards their parents.  Indeed, an entire field of adolescent psychology has been developed to study "teens."

What is less well known is that these experiences and stereotypes are a historical anomaly.  Not so long ago, the vast majority of adolescents worked and held adult-level responsibilities in cultures around the world.  Rites of passage that took place at puberty acknowledged the child's entrance into the adult world of responsible membership into the community.

Because it is so difficult for many of us to imagine such a world, it is worth reading Thomas Hine's The Rise and Fall of the American Teen, a history of adolescence in America.  The entire phenomenon of being a "teenager" is a recent historical phenomenon.  It was only in the 1930s that a majority of American teens attended high school.  The image of "rebellious teen" took form shortly after, with James Dean's "Rebel Without a Cause" being a symbol of the new "teen."

While there are other books that emphasize the artificial nature of "adolescence," such as former Psychology Today editor Robert Epstein's The Case Against Adolescence, Hines historical accounts of just how normal it was for 13, 14, and 15 year old human beings to be adults is really striking.  They routinely lived independently, sometimes married and working, sometimes exploring, often contributing to their communities, sometimes in leadership positions.  "Teen culture" as we know it was non-existent.  Where should we go from here is a different question.

But you will never think about what teens are capable of the same way after reading this book.